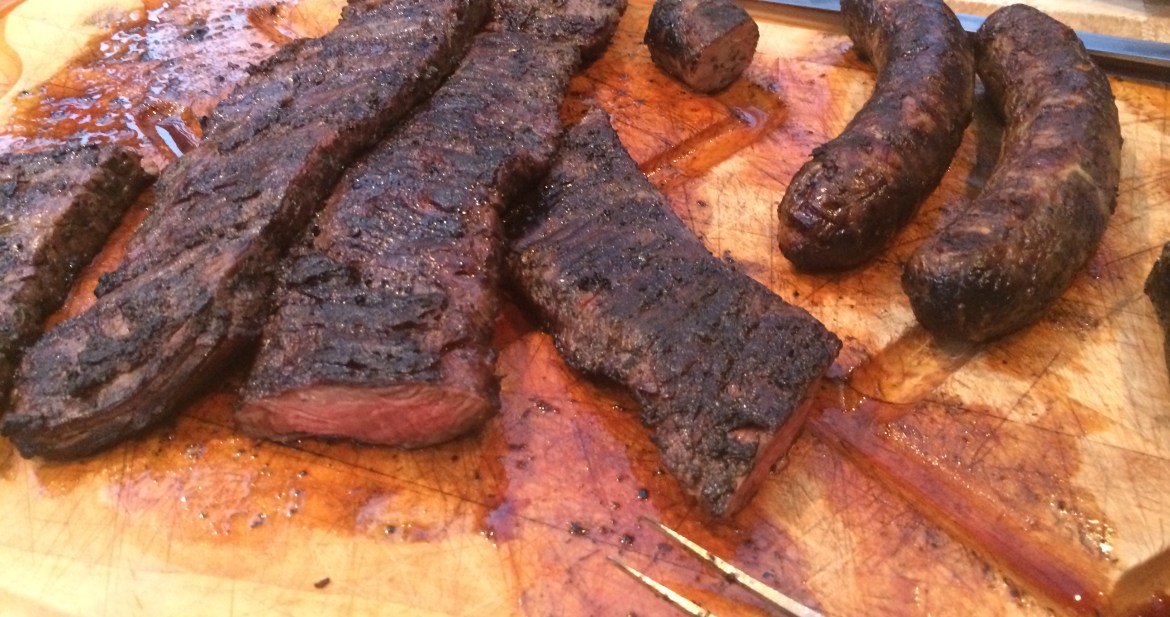 Steak, red wine, chocolate cake — is what’s for dinner. Well, minus the chocolate cake. But I promise you won’t miss it with this menu.

Ben and I love having our friends and family over for dinner and, when Ben is in charge of menu planning, steak, red wine, and chocolate dessert are more than likely what you’ll be eating. Now it’s hard to complain when 1) my husband cooks and 2) I’m eating steak and chocolate and drinking wine, but this is not a sustainable daily diet for most (and probably shouldn’t be). Ben, however, he will proudly divulge that he often ate this meal for dinner every night while he lived abroad in Argentina for two years. And I don’t doubt it. Knowing I had to jump in with menu ideas before Ben took over, I proposed that we try to recreate a typical Argentine asado…with a Paleo twist.

Oh, there will be empanadas, but Paleo empanadas, a delightful recipe from Paleo Cupboard. Aligned with your everyday asado, we also served some gorgeous flank steaks, sausages, homemade chimichuri, and a simple side salad. I made the executive decision that we were skimping on the veggies so we through some vegetables on the grill next to the steak (probably not something typically done in Argentina but, you know, we’re in Northern California and the summer vegetables this time of year are irresistible).

Using vegetables from our Farm Box, I sliced up some carrots, gypsy peppers, and zucchini. I lightly coated them in some melted ghee and sea salt. I also tossed in about 1 teaspoon of smoked paprika! Ben fired them up on the grill and that was it! So simple. The sweetness of the carrots really popped and the gypsy peppers and zucchini were so fresh, you really didn’t need much else to season them. 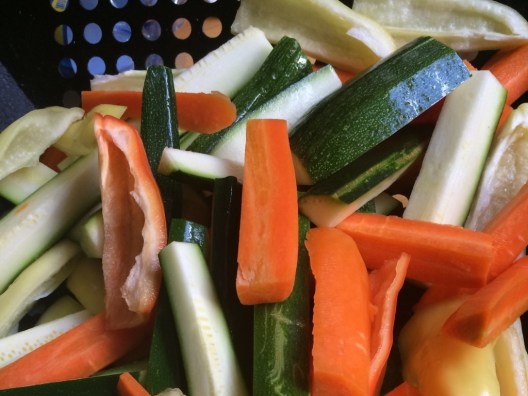 We picked up two large flank steaks from the meat market and let them rest out of the refrigerator for about 30 mins before touching them. We lightly coated the steaks with sea salt, pepper, and olive oil. 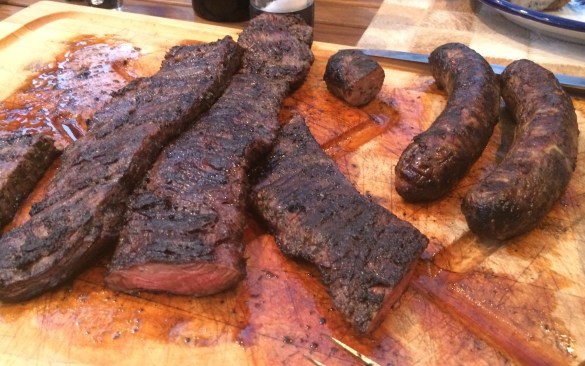 Again, using the vegetables from our Farm Box, I rinsed and chopped some lettuce, yellow tomato, cucumber, and avocado. 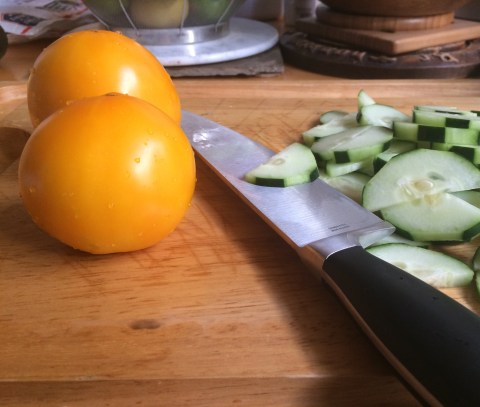 Before assembling the salad, I tossed the lettuce with some homemade avocado, cilantro dressing. The flavors paired perfectly with the homemade chimichuri sauce.

After dressing the lettuce, I arranged the tomatoes, avocado, and cucumber around the plate. Then I lightly salted each salad and served on chilled salad plates. 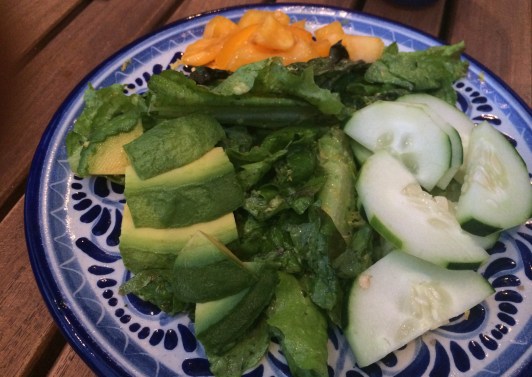 Now I know what you’re thinking — you’re still missing the chocolate cake? Don’t you worry! I covered dessert! I made some of nom nom paleo’s chunky monkey ice cream bon bons and holy cow (or holy bananas, as these are dairy free!) these are a treat!  I added some peanut butter to the banana ice cream during the food processor stage. I also opted for shredded coconut instead of slivered almonds for the outside coating. There were a huge hit and our non-paleo-eating friends found it hard to believe the “ice cream” was made from just three simple ingredients.

Hi, I’m Candace Kennedy, a Certified Holistic Nutritionist. I work with clients across the globe to help them achieve their optimal health and learn to truly thrive. Through custom nutrition and wellness plans, you can take control of your health and live the life you were designed to.

get recipes, nutrition tips, and research-backed recommendations for optimal health sent straight to your inbox.